At the whole organism level, daily rhythmicity plays a critical role in areas such as mood, cognitive function and sleep. CCB is actively fostering research on all these fronts.

Circadian rhythms are disrupted in mood disorders, and some treatments for mood disorders have specific effects on circadian clocks, pointing to a fundamental connection between mechanisms of circadian clock function and mood regulation. For example, at CCB Parry is investigating altered circadian responses to light and the association of these altered responses with pre-menstrual mood disorder. Because of the complexities of both circadian and mood disorder phenotypes in humans, and the difficulty of assessing circadian function in psychiatric patients, many human studies of biological rhythmicity in mood disorders have been limited to indirect or incomplete measures of circadian and mood phenotypes, and to small numbers of subjects. However, new technology allows introduction of a circadian clock reporter gene into cells of interest, consisting of a clock gene promoter driving expression of the firefly luciferase gene, so that the cells will glow with a circadian rhythm (Welsh, Kay). Using a luminometer to measure the cells’ bioluminescence, it should be possible to monitor cellular circadian function longitudinally in real time in human cells from identified human patients. Investigators at CCB and their collaborators anticipate exploiting this technique to correlate circadian clock function directly with detailed clinical data in patients with mood disorders and healthy controls, thus determining which circadian parameters are related to which symptoms or other clinical features.

Daily rhythmicity is also a prime concern with respect to cognition. Decrements in human performance and increases in accidents associated with night work are well documented, as are a spectrum of negative health consequences. Human performance deficiencies might be ameliorated by treatments that facilitate rapid and efficient shifting of the circadian pacemaker by light or by pharmacological countermeasures. Gorman’s work on hamster entrainment to alternative light regimens is specifically designed to optimize translation to human subjects. Fortuitously, a key mediator of circadian plasticity in rodents, dim light at night, has been shown to be physiologically efficacious in humans in Parry’s earlier studies of menstrual cycles. Collaboration between Gorman and Mednick is exploring whether daytime napping may be a simple model in which to assess dim light efficacy in humans.

Independent of efforts to reset or otherwise alter the circadian pacemaker, a straight-forward understanding of how circadian clocks influence human cognition remains essential to an overall physiological model of human cognition. Although the ubiquitous taxonomic distribution of sleep argues for its fundamental importance, its functions still remain a mystery. Recently, a role for sleep in learning and memory has been proposed on the basis of observations that sleep produces memory improvements on a wide variety of tasks and that specific types of memory consolidation correlate with specific sleep stages and electroencephalographic (EEG) power densities. Mednick has demonstrated that short daytime episodes of sleep – naps – can be as beneficial in perceptual learning tasks as a night of nocturnal sleep and posited different roles of slow wave sleep (SWS) and rapid eye movement (REM) sleep in memory consolidation. Collaborative studies between Mednick and Drummond compare the benefits of caffeine and napping on memory consolidation with a verbal episodic memory task.

Untangling the contributions of sleep and other circadian phenomena to human cognition continues to be an important area of research. For example, while sleep undoubtedly plays an important role in cognition, detailed studies by Rickard strongly suggest that some of the sleep-learning literature may have been oversold. Specifically, the reports that performance on some tasks is improved more between 10 p.m. and 10 a.m. than from 10 a.m. to 10 p.m may not be driven primarily by sleep but instead may be attributable to other circadian processes. Rickard’s work shows that the overnight consolidation benefit may derive not from sleep per se, but from a sleep-independent circadian fluctuation in performance that requires consideration of individual differences in human performance. Ongoing collaborative studies between Rickard and Ancoli-Israel are further exploring this finding.

The neural mechanisms of sleep effects on cognition are being investigated with neural imaging by Drummond and colleagues. In one line of research, neural activation patterns are compared in rested and sleep deprived individuals while they perform a diverse array of cognitive tasks designed to assess capacities for working memory, verbal learning, language processing, and selective and divided attention. The patterns of altered activation vary by task, and individual differences in cerebral responses during sleep deprivation typically predict differences in cognitive performance.

Ancoli-Israel continues to be in the forefront of studies of biological rhythmicity and aging. Drummond and Ancoli-Israel are comparing the effects of sleep deprivation in young and older adults to explore its differential effects with aging. Additionally, Ancoli-Israel is working with a variety or patient populations who have cognitive impairment such as older adults living in the community, nursing home patients with dementia, schizophrenics, and patients with cancer to explore the relationship between biological rhythmicity, sleep, sleep disorders, cognitive function and quality of life. For example, recent efforts by Ancoli-Israel have established a therapeutic effect of treating sleep apnea on cognition in patients with mild-moderate Alzheimer's disease. 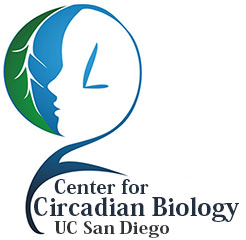